Times Ranking versus ResearchGate’s Indicators: An Analysis of Presence and Activities of Political Sciences Field

Purpose: This study analyzes the activities of top Times researchers in the field of political science with an emphasis on examining the ResearchGate network.

Method: This study opted for altmetric approach. Two research communities have been surveyed. The number of 145 faculty members affiliated to the top 10 universities of the Times 2021 in the field of political science was stratified sampling randomly, selected. Participation in the ResearchGate network was examined, for them. For the attendees, the indicators of citations, RG-score, and reads were extracted and compared. For the top 15 best Times scientific institutes, the RG scores per member and publication per member were calculated and compared. Correlation between Times Ranking and ResearchGate's indicators, done too. For data analysis, LibreOfficeCalc, and SPSS22 were exploited.

Findings: Only, 39% of all faculty members belong to the best Times centers in the field of political science, have seen by registration in the ResearchGate network. For 57 registered individuals, there was a significant correlation between ResearchGate's indicators with each other. But there was no significant relationship between the Times rankings and the mentioned indicators, except for the reads (P-value = 0.018) with a weak reverse correlation (Spearman coefficient= - 0.314). Furthermore, comparative analysis for the top 15 Times institutes had done from standpoint of RG-Score, too.

Originality: The Correlation relationship between Times rank and ResearchGate’s indicators in the field of political science, in addition, the participation of faculty members of the best scientific centers in this mentioned field had not been done yet. 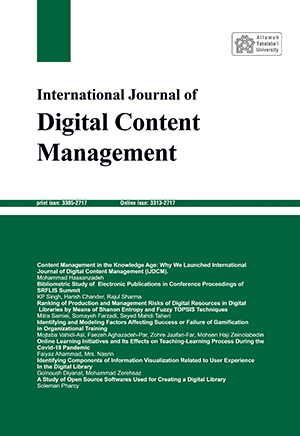